Make plans to attend this event on beautiful  Vancouver Island!

Sat May 27: Danish Federation AGM and in the evening “Det Store Kolde Bord” with mouthwatering delicacies, beer and snaps.

Sun May 28: Bus tour to Cathedral Grove with the impressive grove of giant trees,  ending with lunch at the Coast Bastion Hotel

Mon May 29 to Fri June 2: Stay longer for the Heritage Seminar hosted by Rolf Christensen of the Danish Federation! (booked separately) 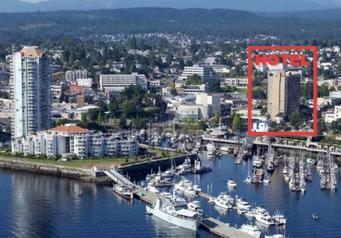 HOW TO GET THERE:

2. FLYING, DRIVING, FERRY: Fly to Vancouver Airport (YVR) , then rent a car and drive to Horsehoe Bay in North Vancouver (approx 1 hour). Take a ferry to Nanaimo. (2.5 hour ferry). Take transit or drive to the hotel.

3. FLYING, TRAIN, FLYING: Fly to Vancouver, then take the Canada Line train to Waterfront station downtown Vancouver (40min train). Then fly with Harbour Air from Vancouver Harbour to Nanaimo Harbour. (20 min flight). Walk to the hotel or take a taxi.

4. FLYING, DRIVING: Fly to Victoria, BC. Then drive to Nanaimo (2 hour drive)

The Vancouver Island Danish Canadian Club ​in Nanaimo, BC
​will host the Danish Federation Conference.
Thurs May 25 to Sunday May 28, 2023.

Dear Members and Friends
The Vancouver Island Danish Canadian Club takes great pleasure and pride in welcoming you to beautiful Vancouver Island, often described as one of the Top Ten islands in the world!
Following years of Covid postponement, we are finally able to host the long awaited Federation of Danish Associations in Canada annual Conference & AGM here in Nanaimo on May 25 – 28, 2023.
In the late 1890’s, Danish immigrants to Canada formed a colony at Cape Scott, settling at the very northern tip of Vancouver Island, now known as Cape Scott Provincial Park. The Danes established a school, church and general store. Sadly, after some years the colony failed, but not for want of trying by those hardy souls.
To pay tribute to these pioneers we have chosen the theme of the conference to be:
"Vikings on the Island: We Came, We Saw, We Stayed!”
​ "Vikinger på Øen: Vi Kom, Vi Saa, Vi Blev!"
Those early settlers are now survived on Vancouver Island by countless numbers of Danes as evidenced by the presence of clubs like ours in both Nanaimo and Victoria.
Welcome to Vancouver Island! See you in Nanaimo!
​Tom Hedekar Club President and Chair of the 2023 Conference & AGM Host Committee